There's no tragedy in life like the death of a child. Things never get back to the way they were. 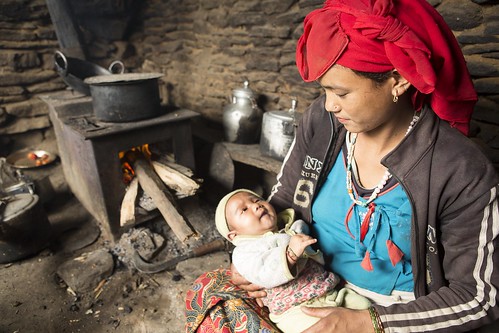 For far too many families in the developing world, what should be the joyous celebration of new life becomes instead a time of mourning.   Husbands lose wives, children lose mothers, mothers and fathers lose a child.  Death as a result of pregnancy and childbirth is far too common for both mother and newborn.

The loss of the mother is especially devastating.  In addition to the emotional impact on the family, her death means that someone must take over the myriad of tasks for which she is responsible — hauling water, collecting firewood, working in the fields, cooking, cleaning and more.  Often her young daughters are withdrawn from school to work in her place. 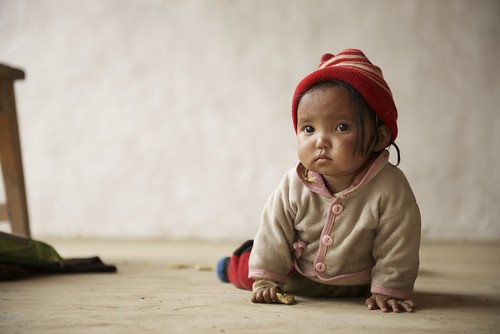 But even if both mother and child survive, many challenges lie ahead for young children.  Childhood mortality is high in the developing world from preventable causes such as pneumonia, diarrhea and malaria.

One organization that is bringing its expertise and experience to addressing the problems of maternal and newborn mortality and morbidity in rural Nepal is this month’s Dining for Women recipient, One Heart World-Wide. One Heart is creating a “Network of Safety” to improve the lives of women and newborns during pregnancy and childbirth in two remote rural areas of Western Nepal. The Network of Safety includes health provider training, health facility improvements and community outreach programs to ensure pregnant women and their newborns have access to necessary care.

In January 2013, One Heart World-Wide founder Arlene Samen visited the Jungle Mamas program and began a collaboration to share OHW’s Network of Safety model with the Achuar villagers. Jungle Mamas and One Heart will work as a team to expand their reach and make sure that no woman or baby dies in childbirth. Samen says, “The warrior strength and vision the Achuar people have for protecting their territory in the Amazon Rainforest reminded me of the warrior-like spirit of the Tibetans.” Read more at http://www.pachamama.org/news/new-partners-for-jungle-mamas-in-2013

According to the UN MDG Report 2012, considerable progress has been made worldwide in reducing under-five mortality.  In the developing world as a whole, the mortality rate declined by 35 percent; from 97 deaths per 1,000 live births in 1990 to 63 in 2010.   Even though world population has grown, under-five deaths worldwide fell from more than 12 million in 1990 to 7.6 million in 2010.  Sub-Saharan Africa has the highest rate of under-five mortality in the world, with Southern Asia the second highest rate.

Three factors significantly improve the likelihood that a child will survive the first five years—living in an urban area, being born into a family in the top 20 percent in income, and especially being born to a mother with a primary education.  The areas in which One Heart World-Wide works are both rural and poor, with little education for girls.

Target 5.A:  Reduce by three quarters the maternal mortality index

Although our focus is on child mortality and morbidity, the health of the child is inextricably intertwined with the health of the mother. In June 2013, the highly respected British medical journal, The Lancet, published a series of papers titled Maternal and Child Nutrition.  The focus on nutrition is critical, because adequate nutrition is the basis for child health from conception.  The following are the key findings from the series:

Newborn Mortality:
A newborn is defined as a child from birth to 28 days.  One quarter to one half of all newborn deaths occur within the first 24 hours of life, and 75 percent occur in the first week.  Each year 3 million newborns die, making up 43 percent of the world’s under-5 child deaths.

An estimated 423,000 babies die each year in South Asia on the day they are born, according to Save the Children.  Eighty percent of newborn mortality results from the following causes:  Premature birth, low birth weight, infections, asphyxia and birth trauma.

Premature birth is by far the leading cause of newborn mortality and the second leading cause of death, after pneumonia, in children under five years. A premature baby is one born alive before the completion of 37 weeks of pregnancy.  Every year, more than one in ten babies—about 15 million—are born premature. Over 60 percent of premature births occur in Africa and South Asia, but the ten countries with the highest numbers include Brazil, the United States, India and Nigeria.  It is a global problem, but more readily addressed in countries with easy access to medical care.

Risk factors for premature birth include

Survivors of premature birth may face a lifetime of disabilities, including learning disabilities and hearing and vision problems.  They are also more susceptible to health problems in the future.

The other four major causes of newborn mortality are:

Approximately 40 percent of child deaths under age five occur in the first four weeks of life, almost all of them in the developing world.  The most fragile babies die in the first week of life.  The breast milk produced at the end of pregnancy (colostrum) is recommended by the World Health Organization as the perfect food for the newborn, and feeding should be initiated within the first hour after birth.  Suboptimum breastfeeding, together with fetal growth restriction, cause more than 1.3 million deaths, or 19.4 percent of all deaths of children younger than 5 years.

According to WHO and UNICEF, 30 to 60 percent of these deaths in the first four weeks could be prevented with effective postnatal care beginning shortly after birth.  This would mean that appropriately trained personnel start home visits immediately, enabling the care provider to catch problems early with the newborn’s health (infections, insufficient warmth, etc.) and with the mother (such as difficulty nursing).  Timely intervention can solve problems before they do irreparable harm.

Our Dining for Women recipient, One Heart World-Wide, follows all the recommended pre- and postnatal protocols -including attending to the nutritional needs of the mother during pregnancy – bringing best practices in maternal and newborn care to women in the remote districts of Baglung and Dolpa in Nepal.

Child mortality is generally defined as the death of a child under five years old.   Globally, more than a third of under-five deaths are attributable to under-nutrition.  A child who is undernourished has a weakened immune system and is more susceptible to health risks.  Children in the developing world are subject to additional health challenges, such as poor hygiene and repeated, prolonged exposure to indoor smoke from cooking fires.

Chronic under-nutrition during crucial periods of growth results in stunting – an irreversible condition that affects both body and brain.  Stunting is defined as inadequate length/height for the child’s age.

The most crucial time for adequate nutrition is the first 1,000 days, which covers pregnancy and the first two years of life.  Therefore the mother’s nutrition and health status are critical to her child’s future.

Stunting keeps children from performing well in school and leaves them susceptible to other health threats.  According to UNICEF, about one in four children under age five is stunted.

Adequate nutrition is especially important for girls, since childbearing starts early in the developing world.  Adequately nourished young mothers give their children a better start in life and break the cycle of stunting that holds children back from achieving their potential and pulling themselves and their families out of poverty.

The necessary knowledge, tools and interventions that could significantly reduce the incidence of death of infants and young children are relatively inexpensive.  The cost to a country to ensure adequate nutrition for families and children would be easily recovered by the increased productivity of the population.  Genuine development depends on the nurturing of human potential.  But it takes resources and political will, as we can see in Nepal, to create and maintain the infrastructure for delivery of services.  What is needed is the will to make those solutions a priority, particularly among the poor populations in the rural areas.  As Save the Children puts it, in the Foreword to Surviving the First Day:

“Saving newborn lives will prevent incalculable suffering. It is also a vital piece of the global development agenda. The long-term economic prospects of poor countries depend on investments in the health, nutrition and education of the people, particularly the women and young children living there. Children surviving and staying healthy means more children in school and able to learn, which in turn means productive adults who can drive sustained economic growth.”

* The Executive Summary and articles in the Maternal and Child Nutrition series can be downloaded from TheLancet.com.  The user is required to create a password, but access is free.